Women’s role in leadership is normally underestimated or sidelined. This happens because patriarchal culture is still strong and has been maintained for a long time. Society culture tends to indicate men are more capable of being a leader than women. Evidence shows that most companies, communities are still dominated by men. However, as time goes by, women have begun to take over important roles and positions, and they are considered and trusted to become a leader. In this article, we will discuss women’s leadership and their role in our society. To find out more about women’s leadership, check this article out!

Women’s leadership is a form of cultural revolution. It fights gender equality against the patriarchal system that has been rooted for a long time.

Ostables to patriarchal system still occur because of the inequality of rights and the gap in status or social roles between men and women. The gap is, of course, more favorable to men and limits women’s power, which is why obstacles and revolution against the patriarchal system occur.

Restrictions on education, the right to freedom and independence, and the right to protection lead female leaders to fight for gender equality. Issues related to the struggle for equality occur and are widely echoed nowadays.

In addition, the process and journey of women’s leadership is never easy, obstacles as well as the society culture. Some people, even women themselves, still think that they are not capable and do not deserve to become a leader, as compared to men.

Besides, due to the influence of a strong patriarchal system, the possibility of women becoming a leader is also very minimal. Women tend to take up insignificant and backward positions. According to Tjokroaminoto, there are two main factors:

These factors are adversely affecting women’s role and make it even insignificant. As a result, women’s self-confidence is verty low, as well as the determination to have a better life.

Typically, women do not believe in their capability including becoming a leader. Nevertheless, mindset, science, and technology today have shifted. Women have the capacity to develop themselves and fight for equality.

Public opinion regarding the right to get higher education for women is also one of the elements that supports the evolution of women’s leadership.

Furthermore, female leaders who disagreed with patriarchal culture and fought for women’s rights in the past have become a role model for the women nowadays. For example, Margaret Thatcher, Indira Gandhi, and RA Kartini succeeded in becoming leaders and fighting for women’s equality.

Nowadays, women are no longer left behind with stereotyping and limitation to their rights. Women are nowadays leaders of a company or even a country. Equality provides opportunities for women to play a better role in this society.

In addition to the success story of female leaders in the part, gender gap between men and women, which has been a society issue for a long time, received support from The United Nations Entity for Gender Equality and the Empowerment of Women (UN Women). This proves a significant improvement in eliminating gender gap issue.

To manifestate, International Women’s Day was introduced and is celebrated March 8th every year.

The Challenge of Women Leaders

Every leader faces challenges and difficulties in their journey of becoming a leader, especially female leaders.

Basically, obstacles faced by all leaders are almost the same. These are the common challenges that most women leaders experience:

One of the challenges faced by women leaders is the level of self-confidence. This arises because conflicts occur when women’s views are not supported by other parties or they just simply do not like women as their leader. In addition, women often experience anxiety as they are worried if they can gain trust from the team, and if they are capable of becoming a leader.

Some female leaders prefer to remain silent as they are worried of not being listened to by the team, hence why they feel uncomfortable expressing their own opinions and thoughts. In fact, we always need someone who is able to provide clear direction and policies on work to be done regardless of gender.

Another challenge for female leaders at work is imposter syndrome, which is a behavior that makes women judge their abilities, achievements, and successes.

It is undeniable that social relations among women are more complicated, especially as professionals. Many believe that female leaders are more annoying than male leaders. This could also be their own personal problems, especially when their relationship is already not good enough. Therefore, it is important for women to understand and respect each other.

Although campaigns that encourage gender equality are everywhere, some still discriminate against women in terms of leadership. For example, important tasks are not assigned correctly due to gender-related reasons. Women are also considered incapable simply because of their gender. In fact, it is proven that women leaders are competent in their fields.

One of the key responsibilities of a leader is to monitor the performance and productivity of employees, regardless of gender. This is definitely not an easy job because monitoring and measuring employee performance could be challenging.

In addition, leaders also need to know the employees’ work environment well. To achieve this, the only way is to frequently visit employees’ workstations and understand how they work. This is of course not easy, especially when the number of employees is huge.

GreatDay HR provides the best HRIS that can facilitate your work, especially HR, and make them easier to handle. The available features allow you to manage all HR tasks, from attendance, leave application, payroll, to recruitment, using only just 1 application and it can be accessed by your smartphone.

For leaders, GreatDay HR makes it easier for them to approve and assign tasks to employees. What are you waiting for? Download the app via your smartphone or visit our website now to schedule a free online demo!

Support yourself and your team: The Importance of Mental Health

Passion: Types of Passion and The Way to Explore it 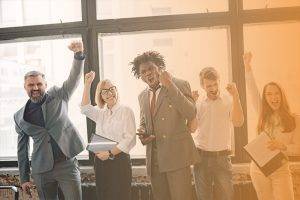 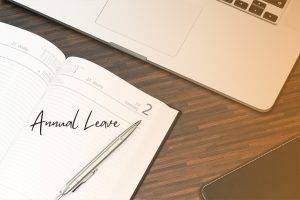